Two historic buildings, located in one of Alberta’s oldest Chinatown districts, have been added to the list of Provincial Historic Resources. After agreement from the buildings’ owner Albert Leong, the Wing Wah Chong Co. and Bow On Tong Co. buildings in Lethbridge are now provincially-protected historic resources.

Chinese immigrants faced significant obstacles establishing their lives in Canada. The Chinese Head Tax (first passed in 1885 and subsequently raised twice) made it impossible for all but wealthy Chinese merchants to bring their wives over from China. Way Leong, who would go on to purchase both the Wing Wah Chong and Bow On Tong buildings, had the means bring his wife Florence to Canada in 1921, just two years before the Government of Canada effectively banned further Chinese immigration with the passage of the Chinese Immigration Act (often called the Chinese Exclusion Act). When Way and Florence Leong arrived in Alberta in the 1920s, there were very few Chinese merchant families in the province – one report indicates that there may have been as few as 16 married Chinese couples in Alberta in the 1920s.

Built in 1919, the Bow On Tong Co. Building is a reflection of early twentieth-century Chinese settlement and immigration. It’s also known for its longtime association with the Leong family, who purchased the building back in 1926. For the next 90 years, the Leong family operated an apothecary and Chinese goods importer, as well as hosted social and other activities for the small Chinese community in Lethbridge. Space for social activities was essential for Chinese immigrants in Lethbridge, who could not visit home nor bring their families to Canada due to the Chinese Immigration Act. Built in 1909, the Wing Wah Chong Co. Building was one of the first commercial structures built along Second Avenue South and is highly significant as a rare example of a pre-World War I Chinese-owned commercial building.

The building was used not just as a commercial space, but also as a residence. Merchants were often the first point of contact for newly-arrived Chinese immigrants, so being able to provide a play to stay (no matter how small) for newcomers was an invaluable service.

The combined uses of the Wing Wah Chong Co. Building – restaurant, retail space, living quarters – are why there is such exceptional heritage value associated with it. It’s a reflection of the socio-economic structure of Chinese-Albertan communities.

For Albert Leong, owner of both buildings, having his properties finally designated as provincial historic resources is a big deal. “It means everything to me to have these buildings and my family home restored. These buildings show how people lived, how I lived, and what my community had to do to live. If they are gone, so will many of the stories of Chinese immigrants in Lethbridge.” 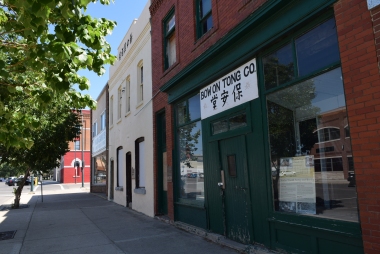 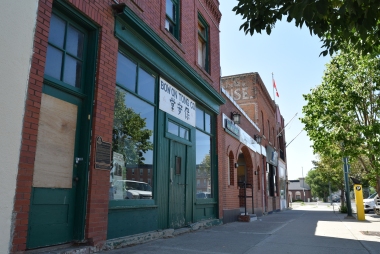 To see more pictures and information about these two important buildings, visit the following pages on the Alberta Register of Historic Places: