In 1935, the chapel unveiled within St. Steven’s College displayed plaques commemorating the war service and sacrifices of its brave associates. Dated to 1923, the first plaque honoured 19 Ministers and 61 Probationers who served during the Great War, as well as eight who “bravely fell”. A separate plaque commemorated “To the Glory of God and in Loving Memory” eight students of Robertson College “who fell on the field of Honour” during the war. One individual plaque was also dedicated in memory of Harold G. Riddle of Robertson College who died at St. Omer, France in 1916 and proclaimed Virtute Praeclarus (“Brilliance with Courage”) in his memory.

END_OF_DOCUMENT_TOKEN_TO_BE_REPLACED

On November 11, 1918, after more than four years of fighting the “war to end war”, an armistice was called in France and all hostilities came to an end on the Western Front of the First World War. While the battles may have ceased, the effects of the conflict continued to reverberate around the world and across the years, even to the present day, a century later.

Albertans were among those who fought alongside fellow British citizens, as well as French and American soldiers – among others – to defeat Germany and its allies. Estimates place the number of Albertan soldiers at 48,885 – or over one third of the province’s male population aged 18 to 45. Of these, about one in eight did not return from the war, and almost half of those who did return had been wounded.1 The effect of the distant, unseen war was felt throughout the province on a personal level.

One way Albertans dealt with the trauma and loss was to come together and commemorate those who had sacrificed their lives. A model for these activities was provided by “Peace Day”, celebrated on July 19, 1919, in London, England, in honour of the signing of the Treaty of END_OF_DOCUMENT_TOKEN_TO_BE_REPLACED

Tomorrow is Aboriginal Veterans Day. It is estimated that more than 12,000 First Nations members, Inuit, and Métis served in WWI, WWII and the Korean War.

At first glance, the voluntary participation of several young Niitsitapi (Blackfoot) men in the First World War appears to confirm their assimilation into Euro-Canadian culture. Recent graduates of prototype residential schools, they shunned requests by their elders to remain in Treaty 7 territory and were inspected, inducted, drilled, and disciplined. Many were sent overseas to fight for God, King, and Country. Some were killed in action. We might interpret a 1917 letter home from Siksika (Blackfoot) soldier Mike Foxhead as an indication of his acceptance of colonial values. He wrote:

I’ll stick to it until the end to put up a name for the Reserve, so they can say that they have one of their boys over here. I could have got out of it when the other boys got their discharge only I wanted to do my bit like all other Canadians. I knew that somebody had to go and fight for the Empire, and I made up my mind that I would go because it would be my duty sooner or later.[1]

Yet as historian James Dempsey has shown, there were important elements of Blackfoot warrior culture that accompanied Blackfoot mobilization during the Great War.[2] As the nineteenth-century waned, so too did opportunity for young men to prove themselves in battle, raid their enemy’s camps for horses, and recount END_OF_DOCUMENT_TOKEN_TO_BE_REPLACED

During November 2017, Canada commemorates the centennial anniversary of the Battle of Passchendaele, also known as the Third Battle of Ypres. It was the third and last major battle victory during 1917, after Vimy Ridge and Hill 70, for the combined Canadian Divisions fighting together as a Corps.

The Battle saw German and Allied armies clash in the area of the Belgian city of Ypres. Fought from 31 July through 10 November, 1917, the battle is estimated to have resulted in over half a million casualties. Canada alone suffered over 4,000 dead and almost 12,000 wounded. The carnage in the infamous mud of the battlefield became synonymous with the senseless and massive losses suffered by troops during the Great War. Singular feats of sacrifice and valour during the course of the battle saw nine Canadians awarded the Victoria Cross, the highest military honor conferred within the British Empire. END_OF_DOCUMENT_TOKEN_TO_BE_REPLACED

On September 1, 1939, the Second World War began and Canadians responded with more than one million of its men and women enlisting in the military. Many were sent overseas, and stories of the courageousness of Canadians on the battlefront emerged. This war is known for uniting the country and forging its own national identity, but a lesser known aspect from this period takes place at home. In a significant reaction to the war, internment camps were established and Canada detained citizens of its own country, discriminating against members of German, Japanese and Italian communities. In addition, Canada had an active part in accepting German prisoners of war who were captured in active duty. This blog post will look at the establishment of prisoner of war and internment camps in Alberta, and briefly at the people who were detained, and the life they experienced.

END_OF_DOCUMENT_TOKEN_TO_BE_REPLACED 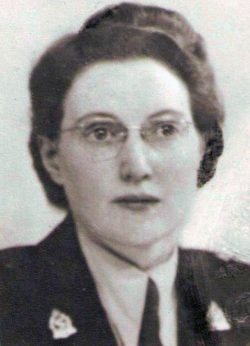 Shortly before his death in April of 1915 while serving with the Royal Navy Volunteer Reserve, English poet Rupert Brooke penned the now famous lines of The Soldier. He surmised that should he die during the course of the war, there would be some corner of a foreign field “That is for ever England”. In a similar vein, one might consider the ultimate sacrifices paid by Albertans during two World Wars and their final resting places as corners of foreign fields that are for ever Alberta.

Canada is in the midst of marking the centenary of the Great War of 1914-1918. The war which engulfed the Dominion of Canada was to have dramatic effects on the young, barely decade-old province of Alberta. By 1914 Alberta boasted a greatly expanded population of 470,000 of whom more than 49,000 served in Canada’s armed forces. Of that number over 6,000 died and another 20,000 suffered non-fatal casualties.

On the eastern boundary of Alberta’s capital City of Edmonton the coal mining community of Beverly was incorporated as a Village in 1913 and elevated to the status of Town in July of 1914. Just prior to Canada’s entry into the Great War, Beverly had a population of 1,200, attracting residents from across END_OF_DOCUMENT_TOKEN_TO_BE_REPLACED