One of the most recognizable mountains in the Canadian Rockies is Mount Lougheed. Located approximately 15 kilometres southeast of Canmore, this majestic 3,150 metre (10,335 ft.) mountain is named for Sir James Alexander Lougheed. However, Lougheed is not the only name the mountain has had. In fact, it is not even the first mountain in the area to bear the name Lougheed. The story of how the mountain became known as Mount Lougheed is interesting.

Mount Lougheed from the Trans-Canada Highway, August 2011. The entire massif is known as Mount Lougheed. The large, central peak is likely the feature named “Windy Mountain” by Eugene Bourgeau in 1858. The prominent peak furthest to the right is Windtower Mountain. The peak known today as Wind Mountain is the distinctly pointed peak visible on the horizon at left side of the photograph.
Source: Larry Pearson, Historic Places Stewardship Section, Alberta Culture and Tourism.

In 1858, Eugène Bourgeau (sometimes spelled Bourgeaux), a botanist with the Palliser Expedition, accompanied James Hector up the Bow Valley towards what is now Canmore. Bourgeau named many of the mountains and lakes along the way. Bourgeau was struck by the way the clouds swirled around one particular peak. James Hector, in his account of August 11, 1858, noted that

Bourgeau has named the lakes Lacs des Arcs, and the peak opposite Pigeon Mount, the one behind our camp, Grotto Mountain, and a high peak to the west, on which the clouds were gathering and curling about Windy Mountain.

Botanist Eugène Bourgeau, n.d. Bourgeau served with the Palliser Expedition from 1857 to 1859. In 1858, he accompanied James Hector up the Bow Valley and named many of the mountains along the way, including Windy Mountain, today’s Mount Lougheed.
Source: Public Domain, Wikimedia Commons

By 1903, federal government surveyors and map-makers had shortened the name to “Wind Mountain.” Although the precise location of “Wind Mountain” was vaguely defined, the name was officially adopted by the Geographic Board of Canada in 1911 for the mountain located at 50°59’N & 115°14’W, and so it remained until 1928.

Meanwhile, in 1925, prominent Calgary lawyer, Conservative party stalwart and Senator, Sir James Lougheed had passed away. Born in Brampton in 1854, Lougheed trained as a lawyer at Toronto’s Osgoode Hall and began practising law in Manitoba and the Northwest Territories in the early-1880s. He settled in Calgary in 1883 and quickly became one of the city’s leading lawyers, real estate investors and businessmen.

A long-time member of the Conservative Party, Lougheed was appointed to the Senate in 1889 at the age of 35. He would remain a senator until his death 35 years later. Lougheed was a vocal presence for the federal Conservatives in the west and a fierce champion of provincial rights for western Canada. As a Senator, James Lougheed served in the Cabinet of Prime Minister Sir Robert Borden from 1911 to 1920 and in the Cabinet of the short-lived government of Prime Minster Arthur Meighan from 1920 to 1921. Lougheed received his knighthood in 1916 for his service as Chairman of the Military Hospitals Commission during the First World War. He is the only Albertan to be knighted. 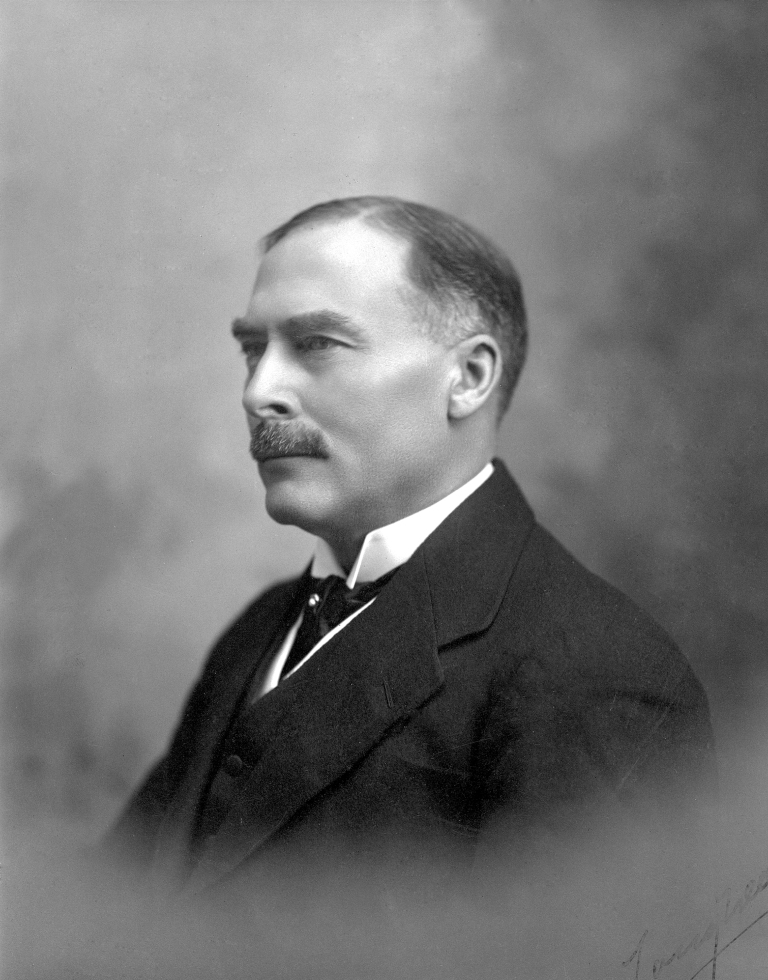 In 1926, with the consent of Lady Isabella, Lougheed’s widow, a mountain located at 51°8’N and 115°45’W within the Rocky Mountains Park (later renamed Banff National Park) was named Mount Lougheed in the Senator’s honour. In 1928, after a trip west, Lougheed’s son Clarence petitioned the Geographic Board of Canada to remove his father’s name from the peak, which he felt was too small and non-descript to adequately commemorate his father. Instead, he proposed that the name Mount Lougheed be given to the “very handsome and imposing peak bearing the name of ‘Wind Mountain’.” Despite some objections from the Geographic Board of Canada, the change received consent and, on February 8, 1928, Wind Mountain officially became Mount Lougheed.

Detail of the 1926 “Calgary Sectional Sheet No. 114,” 1 inch to 3 mile scale map. Wind Mountain, soon to be renamed Mount Lougheed is just to the north of the centre of the map.
Source: Topographical Survey of Canada, Department of the Interior. Sectional Sheet No. 114: Calgary, West of the Fifth Meridian, Alberta and British Columbia, 1:190,080 [1 inch: 3 miles], Ottawa: Government of Canada, 1926.

Today, most naming authorities are extremely reluctant to change place names, and for good reason. The change of Wind Mountain to Mount Lougheed created considerable confusion over the ensuing decades. Wind Mountain and Mount Lougheed continued to be used, almost interchangeably, on some maps and in official publications for many years. Finally, in 1972, the Canadian Permanent Committee on Geographical Names (the successor to the Geographic Board of Canada) affirmed the decision made 44 years previously and that the name Wind Mountain would no longer be used on maps produced by the federal government. In 1982, Alberta’s Historic Sites Board confirmed that the “five-peaked massif west of Spray Lakes Reservoir” would be known as Mount Lougheed and the name Wind Mountain was dropped from official use.

Some historians and local residents wanted the name Wind Mountain to be retained in some form. Acknowledging the support for the historic name, in 1983, the Historic Sites Board recommended that a nearby peak, located at 50°57’15”N and 115°14’46”W, be named Wind Mountain. That decision became official on January 14, 1985.

Today, the name Mount Lougheed continues to apply to the multi-peaked massif and appears on official maps, in tourist publications and prominently on a Heritage Marker recently re-erected by Alberta Culture and Tourism at a nearby lookout and recreational area. Although the peak known today as Wind Mountain is not the one upon which Bourgeau originally conferred the name, the name continues to exist, preserving a part of the toponymic legacy of Eugène Bourgeau in the Bow Valley.

An interesting side note, the mountain described in 1928 by Clarence Lougheed as being too non-descript to adequately commemorate Sir James Lougheed remains unnamed to this day. It sits in the shadow of the impressive, 2,930 metre (9,613 ft.) mountain known as Mount Bourgeau – further linking, as noted by travel writer Don Beers, the famed botanist Eugène Bourgeau and province-builder James Lougheed in the history and landscape of Alberta.

Geographic Board of Canada. Department of the Interior. Place Names of Alberta, (Ottawa: Government of Canada, 1928)