Our colleagues over at the Alberta Culture and Tourism blog just published an article detailing the award winners (see Heritage Award recipients give Albertans a prize). It contains details of the event, including a list of award winners. You should check it out!

The ceremony was a great night where some very worthy Albertans were recognized for their work in conserving and interpreting Alberta’s heritage. Our very own Gary Chen, Heritage Conservation Advisor (and shutter-bug extraordinaire) was on the scene. We have some great pictures from the awards ceremony we’d like to share with you.

The staff of the Historic Resources Management Branch congratulate each and every award winner. The tireless work they do in preserving Alberta’s heritage is welcome and appreciated, by us and many, many other Albertans. We couldn’t do what we do without the support and encouragement of people such as these. 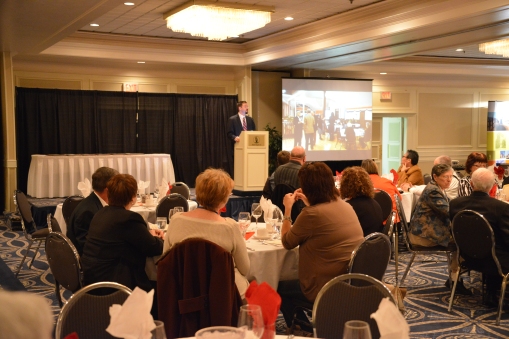 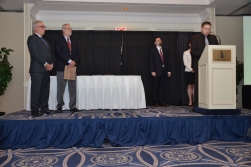 Wheatland County won a Heritage Conservation Award for the Gleichen Water Tower. Rex Harwood accepts the award on behalf of the county. 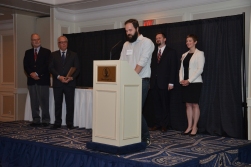 CommunityWise Resource Centre received a Heritage Conservation Award for restoring the façade of the Old YWCA building in Calgary. Philip McCutcheon accepts the award on behalf of CommunityWise. 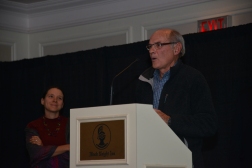 The father-daughter team of Emerson Sanford and Janice Sanford Beck accepted a Heritage Awareness Award for Life of the Trails series of books. 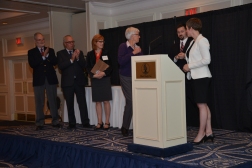 The Edmonton Historical Board won a Heritage Awareness Award for the Edmonton Architectural Heritage Website. Ann Hall and Leslie Chevalier accepted the award on behalf of the EHB. 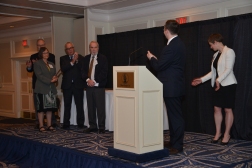 The Fort Saskatchewan Historical Society won a Heritage Awareness Award for organising the Peoples of the North Saskatchewan Festival. Ray Thurston accepts the award on the society’s behalf. 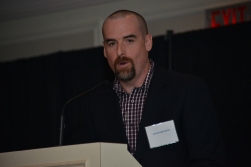 Jonathan Koch won a Heritage Awareness award for his work on Forgottenalberta.com 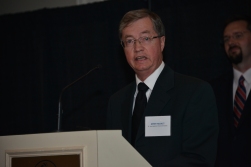 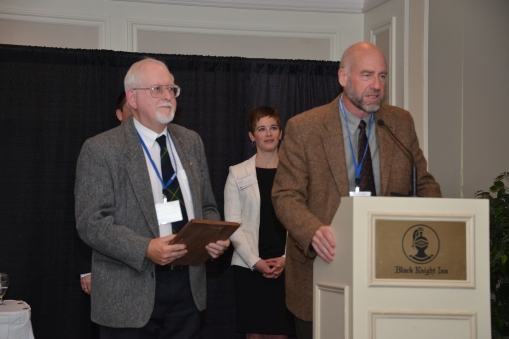 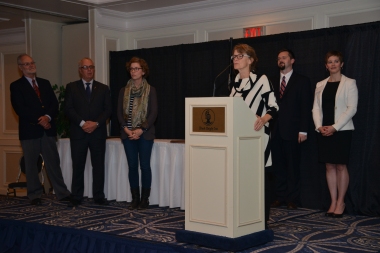 The Town of Peace River was given Honourable Mention in the Municipal Heritage Preservation category. Laura Gloor and Kate Churchill accept the award. 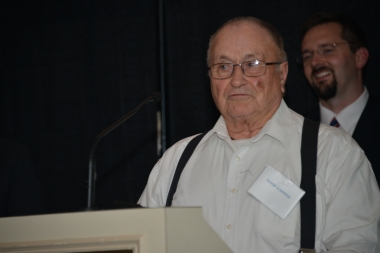 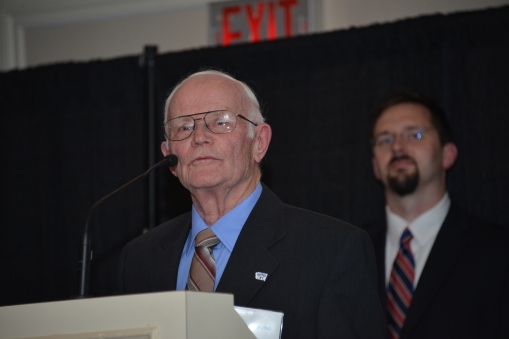 Marshall Rolling won an Outstanding Achievement Award for his work as a historian, curator and archivist in the community of Fairview. 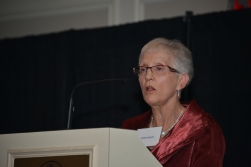 Glenys Smith won an Outstanding Achievement Award for her work with the Camrose Heritage Railway Station and Park since 1999. 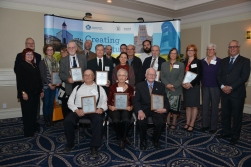 All the winners of 2014 Heritage Conservation Awards.